So we have a new puppy again. Raccoon saw a $225 puppy at the mall and fell in love. We compromised with a $10 mutt from the market, even though I did not want to go back. Fortunately, this time there were fewer puppies and they were in better condition. I wanted the wrinkly face puppy, but a man beat me to her.

Chief was in a box under a cage of kittens (all of which Kitty wanted to take home). He was the only large mix available, most were poodle and cocker spaniel size. I asked if we could see him. The lady (the same one who sold Knight to us) said he had already been sold. Then when she saw we weren't interested in any others, she offered him to us. Raccoon was delighted and paid for him with a gift from his Abuela. Raccoon thought of calling his puppy Turbo, Thunder, but finally settled on Chief, like the old dog in the Fox and the Hound. ETA: We changed the name to Teddybear because yelling Chief sounded funny (like Chifa, Sifu, etc.) 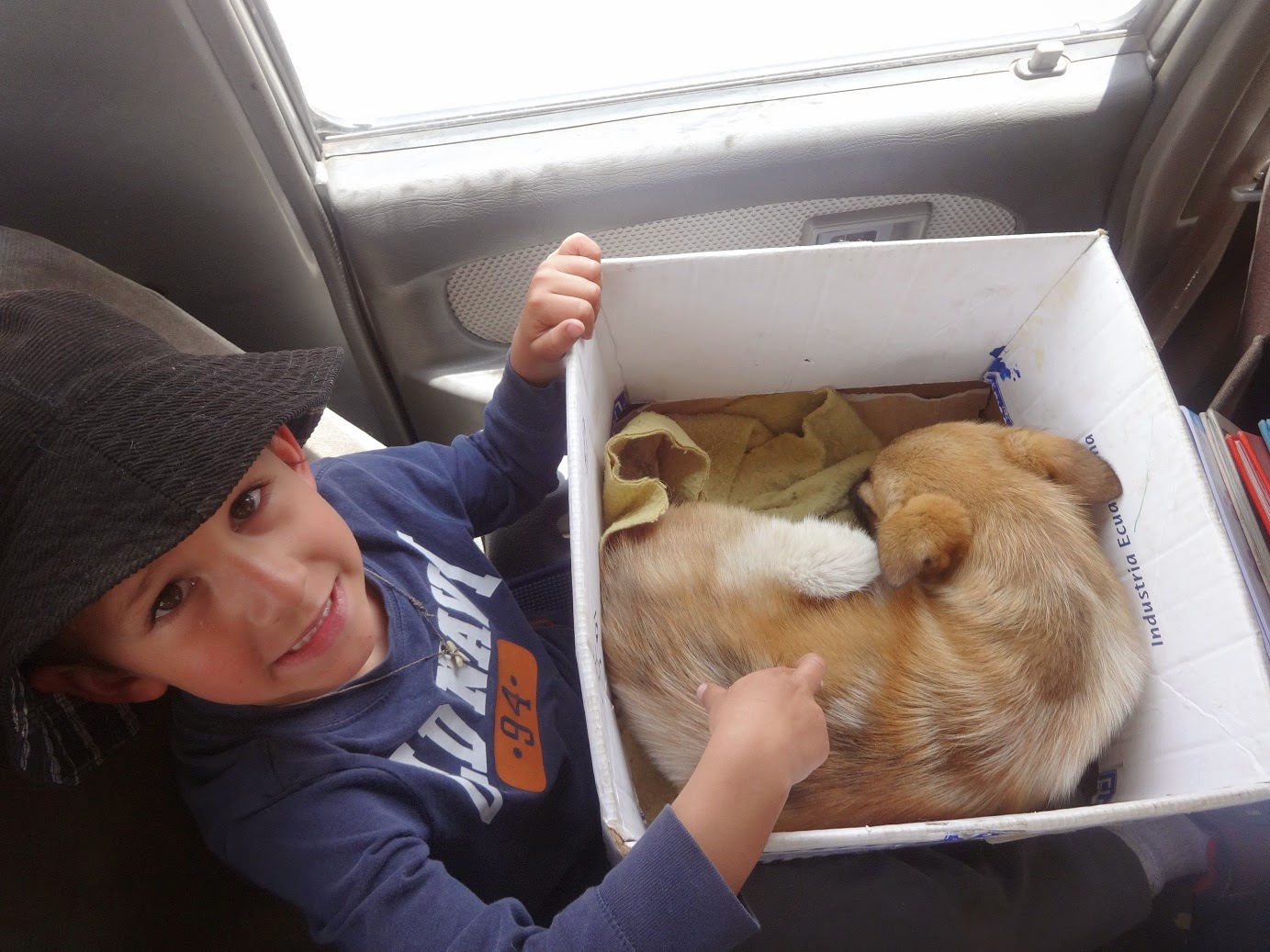