Yes, I'm doing it again. I might be crazy to try a daily post during November. Last year my theme was "I Am..." as a sort of introduction to me. This year, I want to do a series of reflections, "On..." to motivate myself to finish my many incomplete drafts. I wish I had the time to do them all justice, as some of the themes are very important to me, but I remind myself that life itself is an ongoing project. My goal is to let them be "good enough" for National Blog Posting Month.

To prepare for November 1, I was going to look over my drafts, but I decided instead to do a little blogkeeping and update my layout. Continuing my tradition, this is a picture of the old look: 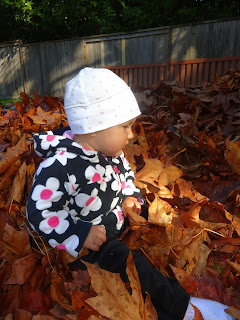 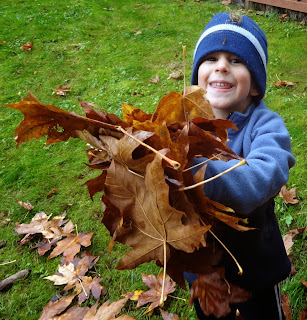 ago I said yes in a park to a young man. He'd given me a poem to think about a few days earlier. Little did I know where that yes would take me, but today, I am glad we started on this journey together. Where shall we be in another 15 years, I wonder?

The King of the forest (aka Hubby and Daddy) comes home tonight. Raccoon, Robin, and I are planning a party to celebrate.
Posted by R.A.Gudino at 9:21 AM No comments:

Email ThisBlogThis!Share to TwitterShare to FacebookShare to Pinterest
Labels: marriage

Dash: But Dad always said our powers were nothing to be ashamed of, our powers made us special.
Helen: Everyone's special, Dash.
Dash: [muttering] Which is another way of saying no one is.

- from the movie The Incredibles

The conundrum of specialness. I think of "special" as being particularly meaningful to someone based on some variable criteria. I am special to my mom in a way that is certainly not true of my neighbor. I am special in the first case because in a way, I belong to her. Although no one seems to mind or deny that aspect of specialness, there is something unacceptable in loudly proclaiming to the world at large, "I am special," as if the unspoken end of the phrase is always, "...and you are not."

Where does this exclusivity of specialness come from? Does one person's being special detract from another's specialness? Is there a specialness quota out there that is somehow depleted? What on earth makes one person special anyway... uniqueness?

These questions have been wandering around in my head nonchalantly since watching The Incredibles while I was in college. Then, just this week, I stumbled across C.S. Lewis' elegant solution to the question of specialness (speciality? my spell check doesn't like either word).

"I would prefer to combat the ‘I’m special’ feeling not by the thought ‘I’m no more special than anyone else’ but by the feeling ‘Everyone is as special as me.’ In one way there is no difference, I grant, for both remove the speciality. But there is a difference in another way. The first might lead you to think, ‘I’m only one of the crowd like anyone else’. But the second leads to the truth that there isn’t any crowd. No one is like anyone else. All are ‘members’ (organs) in the Body of Christ [I Corinthians 12:27]. All different and all necessary to the whole and to one another: each loved by God individually, as if it were the only creature in existence. Otherwise you might get the idea that God is like the government which can only deal with the people as the mass."

The Love of Books

...starts early in our house.

I am feeling okay on this 14th day of solo parenting, but the tide of tiredness is creeping up and will probably sweep me away the day my husband comes home (Tuesday!). Robin loves books, but being my fifth child, she does not get read to nearly as much as everybody else did. But my slacker momness is not keeping Robin from her books. If given a choice, she'll frequently choose a book over a toy, and not just to chew on. Although with teeth appearing at regular intervals and the drool to prove it, her new nickname is Goobers. Aaaaaaaanyway. I can't remember if this post had a point or not.

Ah, yes. Goodwill's book section. Robin and I go thrift shopping while Raccoon is in school. I'm on the lookout for homeschool materials for K to 3rd as that is my tentative plan. Robin earned some serious baby brownie points today as she chewed on things in the cart and I browsed Goodwill's bookshelves. It's a good thing that I thought the children's book were $3 each and not $0.80 or I might never have left. That and the reminder that I only have so much room in my suitcase. I long for the days of two free 70 lb suitcases with each international ticket.

The point is that I bought Raccoon a beautifully illustrated book on snakes, his current passion. He was thrilled and flipped through each page carefully. When he went outside to play with my parent's dog, I offered to hold it for him. "No," he answered happily, "It's my property."
Posted by R.A.Gudino at 7:51 PM No comments:

Email ThisBlogThis!Share to TwitterShare to FacebookShare to Pinterest
Labels: Robin

"More than ever I feel like your wardrobe and style shouldn’t be about appeasing someone else’s judgments, and sometimes it’s not even about matching. It’s about setting you free. Free to be who God created YOU to be. And that, THAT is what points others back to him."

I never thought about my clothes pointing anyone to Jesus. Most of the time, Christian talk on style focuses mostly on difficult-to-define-modesty and how distracting dress can be.
Posted by R.A.Gudino at 12:30 AM No comments:

Today you are four, and my best buddy. From three to four you have change so much, becoming more independent, changing countries, starting school, and getting a baby sister who adores you. You  amaze me every day. I can't wait to see what this year holds. You asked me today if you're old enough to go to a big school now. I said that I was planning on homeschooling you and you said you'd like that. I hope you and I are always best buds. You are so brave, and work so hard at everything. You have a lot more self-control and like to experience the world. You love surprises, playing with your cousins, and going to school. Daddy went on a 19 day business trip and surprisingly, we did fine, with lots of help from Grama and Grampa. You and me are like two peas in a pod. I love you so much, my little hero.

A blessing on you today and always,
Mommy
Posted by R.A.Gudino at 4:58 PM No comments:

So far things have come back mostly okay with a few flags here and there, but nothing concrete enough for a definitive diagnosis. I wish I could have afforded the private neuroeducational eval I had scheduled for next week, but I had to cancel because $1500 is a lot of money. Sigh.

My mommy gut says to keep digging. So I am gathering forces for another attempt at the mysterious referral system. I just don't want to wait until he's ten and think, I wish I'd done somethong when he was three.

"We live, in fact, in a world starved for solitude, silence, and privacy, and therefore starved for meditation and true friendship." -C.S. Lewis

He wrote this about 1949 in The Weight of Glory, and was lamenting the intrusiveness of wireless, except he was referring to the radio.
Posted by R.A.Gudino at 11:43 PM No comments:

Email ThisBlogThis!Share to TwitterShare to FacebookShare to Pinterest
Labels: pondering, time for self

I love certain kinds of discoveries. I don't exactly understand A. Garrett Lisi's Theory of Everything, but what I do get from the paragraph below is that maybe, the smallest and largest framework of everything is the same.

"If his idea proves correct, it could be that the E8 structure provides the infinitely small and unobservable framework for all matter and forces in the universe. It is also possible that the E8 is an image of what our universe as a whole looks like. But before investigation into what E8 represents, it must first be proven that the E8 is really what Lisi suspects it might be."

God gave us so much to discover. Whenever I feel tempted not to trust Him, I'm going to remember this amazing image, which, oddly enough, reminds me of some artwork given to me by an old friend as a reminder of how to keep my life in balance.
Posted by R.A.Gudino at 11:45 PM No comments:

Email ThisBlogThis!Share to TwitterShare to FacebookShare to Pinterest
Labels: pondering

"Now to him who is able to do immeasurably more than all we ask or imagine, according to his power that is at work within us, to him be glory in the church and in Christ Jesus throughout all generations, for ever and ever! Amen."
Ephesians 3:19-21

This was the verse that the Lord gave me the day I went to see the judge to fight for my precious SB. I saw it today and oddly enough there is another child on my heart.

Some call him Noah.

He desperately wants a family but will age-out of his country's adoption program upon his 14th birthday. If anyone ever needed a hero, it's him.

A lot on my heart

"What was the Lord calling us to do?

Friends, sometimes our answer from heaven is what has already been spoken to our hearts. Sometimes every rational, well-thought-out reason as to why we should not take one giant leap out of the boat, face the raging sea, and walk toward Jesus with everything we have just feels so completely selfish and pathetic.

Sometimes we know the answer before we have even inquired of the Lord."

-Adeye from No Greater Joy Mom

I am thinking about our return home in just four months. What will these next three years hold?

Values and the Fussy Child

"Jay Belsky of Birbeck found that the child most likely to adopt his parents' values is not the mellow, compliant child, as one would expect, but the fussy, difficult child."

Also from the same article, "It's also our heritage as good Americans, psychologist Harriet Lerner observed in her 1998 book, The Mother Dance: We believe that we can fix every problem, that we are masters over our fate. The root of much of our pain in parenting, she writes, is "the belief that we should have control over our children when it is hard enough to have control over ourselves."

"He did not make the task easier, but he made Ezekiel stronger..."

Parents, can I get an amen and a sigh of relief on this one? Fear not.

P.S. I am solo parenting for 19 days, starting today, so I may be a bit scarce around here.
Posted by R.A.Gudino at 11:26 PM No comments: