Book Notes: The Happiness of Pursuit

First I would like to say that it has been a long time - LONG time - since I have read a 283 page book. In high school I read 250 pages a WEEK, but those days are no more. I felt every one of these 283 pages as my children and life swirled around me. But it was my quest to finish, and I did it.

My favorite quote from this whole book the author says about his own quest to visit every country in the world, "Just like that. It was done."

"Once you start done the road to an adventure, you don't always know where you'll end up. Coming to the end of a quest brings lessons too. The story doesn't always tie up well." In my experience, sometimes it just ends, and confusion sets in for a time until time a Heavenly hand gives perspective.

"The path to the summit consists of repetitive movements, but it is precisely the arduousness of the task that makes the accomplishment an epic one."

"The lesson is to know your own motivations. That way, you'll keep going even if no one else cares."

"Why produce the largest symphony of all time? You do it for the same reason John F. Kennedy offered for visiting the moon - not because it's easy, but because it's hard."

"...the creative team (at Pixar) embraces mistakes and failure, with an emphasis on making the mistakes as quickly as possible. As soon as they identify the mistakes, they're then able to fix them - but the point is to not shy away from the initial failure." ("Be Wrong As Fast As You Can," New York Times Magazine, January 6, 2013.


Quotes in the book by other people:

"Every one of our films was the worst motion picture ever made at one time or another."

- John Lasseter, one of the founders of Pixar

"It is always important to know when something has reached its end. Closing circles, shutting doors, finishing chapters, it doesn't matter what we call it; what matters is to leave in the past those moments in life that are over."

- Paulo Coelho
"This is my story. No one can take it from me."
- Alicia Ostarello (dating quest in 50 States)

The quote that haunts me the most is this one...

"It's better to be at the bottom of the ladder you want to climb than the top of the one you don't."

When I finished this book, I felt like my brain was full. There is a deep longing in my heart to reach the end of my life and look back, knowing that my pursuits have mattered to the kingdom of heaven and made a difference here on earth.

Most Fun Kid Fort in the World


My sister and I make awesome forts. Especially in case of monster attacks. There's a door included, with a rope holding on to it to pull it closed and a sign that says, "Go away monsters. Come in kids." 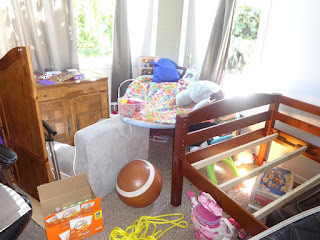 It's a little secret hideout. 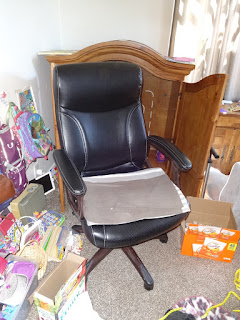 It's a spin area for kids. Another kid can spin them from inside the closet. 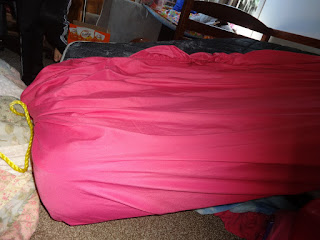 The bed is for jumping.